Which NCAA D1 teams have improved the most this year, according to Massey Ratings With the NCAA Division One tennis season wrapped up, we will like to announce the teams that exceded expectations. It will be easy to name both Stanford (W) or Wake Forest (M) but we wanted to show teams that improved upon the past season standings by at least 25 spots. To do so, we decided to base it on Massey Ratings (MR), as it uses a ranking system that considers all schools and is not limited to a certain number.

Most of those who follow college tennis knew that it was only a matter of time before UCF made a huge jump with the improvements (playing at the new USTA center) and expectations after 2016. By hiring Bryan Koniecko from Brown, and a former buckeye assistant and star, they secured a very strong recruiter. They started the season with a bang defeating a strong SEC team in South Carolina and reached the second round of the NCAA before losing a close 4-3 to Miami. Koniecko after the match stated that all the credit went to his players.

"What they've been able to accomplish," Koniecko said. "I'm not sure there's been this big of a jump in college tennis before."

When Washington State University Head Coach Lisa Hart received the NLI from Michaela Bayerlova in November 2016, she must have had the feeling that their program was on the verge and about to shock many. The freshman from Czech Republic had one of the highest UTR for newcomers in the season and did not disspoint. Finishing the 2017 season ranked outside of the top 100, the Cougars improved to become a top 30 program. Their season ended against Stanford, that would win the championship, in the first round of the NCAA.

Head coach Courtney Steinbock was asking to trust the process after playing her 2017 season with only six players and having a subpar season that ended on being ranked 152. Coming into 2018, now with a full squad of her "own", Steinbock did not disspoint and had the largest turnaround this season almost improving 100 spots. Houston finished the season with a 19-3 overall record and an undefeated home record at 14-0. The undefeated home record matched their best mark since the 2006 season.

2018 had high expectations from everyone that knew closely the potential of the Wildcats. A strong recruiter, head coach Danielle Steinberg added Maria Linares, Margot Decker, Rosanna Maffei and Anna Turco to a very solid lineup and the results came in instantly. Before the season, Steinberg did not want to put expectations into the season to not jinx themselves. They had a tough schedule and had a winning record while going all the way to the NCAA and even defeating Kentucky in the first round to more than exceed expectations. 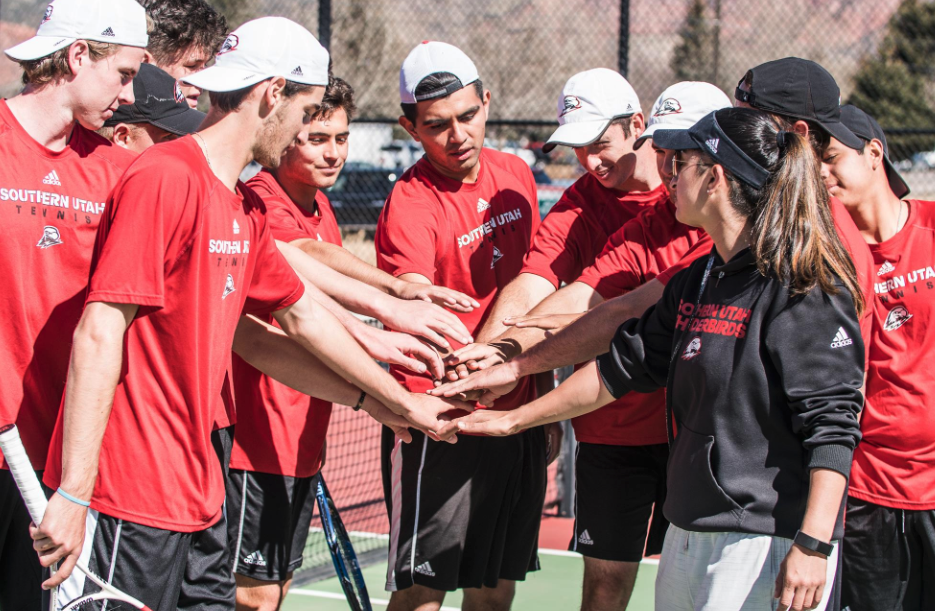 Is always tough coaching in the West Coast where you are going against perenials powerhouses as California, San Diego, Pepperdine, Stanford and UCLA, but LMU has slowly become one of the strongest programs around. This past year they beat opponents to a pulp all the way to their first West Coast Conference championship where they fell in the deciding match against San Diego. Great recruiting and a tougher schedule will have the Lions back next year with a biguer roar.

Arizona seems to be a great fit to tennis. Now with Arizona State back, the Wildcats did not want to be left behind and improved upon a 2017 season that was not up to the standard in Tucson. Head Coach Clancy Shields brought four new faces and saw changes quickly while keeping a strong schedule, #44 in the country. Their season ended in the second round of the PAC 12 championship against #2 UCLA after defeating #39 Utah in the first round. Shields believed their team had gotten better every day and was happy with the team.

"I love this team and each of the guys in it," Shields said. "We made a lot of improvements this season and this loss (against UCLA) today will not define us and the progress we made."

To those who don't know about Southern Utah mens tennis team, they should pay attention to them because what they did last year was nothing short of incredible. Sadhaf Pucher went from not just the only female Mens NCAA D1 coach but one of the best coaches period. Pucher, believed that her turnaround happened due to recruitment.

“The main reason for our turnaround, I believe, has been the great emphasis on the winning culture of the program I’ve tried to instill since day one of becoming the SUU coach," Pucher said. "I’ve stressed to my guys that we will do things the right way and we will win here. I have an internal belief in the process and I wanted my guys to believe that good things can happen here at SUU."

Pucher hopes her success will lead to open doors.

UTRGV is new as it is fresh. It was formed after merging University of Texas Pan American and the The University of Texas at Brownsville. After a first season that saw players transfer out and mixed results, they brough new coach Dann Nelson who had to make the most of a depleted roster. In his first true season, coming back from a 5-21, the began the season with a bang by defeated perenial powerhouse Rice 4-3 for the first time since 1979. Coach Nelson has become known for his recruitment and resiliancy in the past at SIU, and this year was not different.

"I looked up the last ranking at the end of last year and saw we were 236," Nelson said. "The guys believed in their abilities and in each other. Meaning the number one guy believed in the number 6 and vice versa. We did not go into many matches thinking we would definitely lose at any one position. The guys also decided they wanted to be the toughest team in the nation to play. We were very vocal during matches and we fed in that energy."