NCAA D1 tennis teams that have improved the most in the past year according to Massey Ratings. With the Spring tennis season about to start, just as we did for the past year, we will like to announce the teams that have exceeded expectations.

The idea of this article is to name the teams that have improved the most from one season to another without any bias and basing it only on statistics. We decided to base it on Massey Ratings (MR), as it uses a ranking system that considers all schools and is not limited to a certain number. 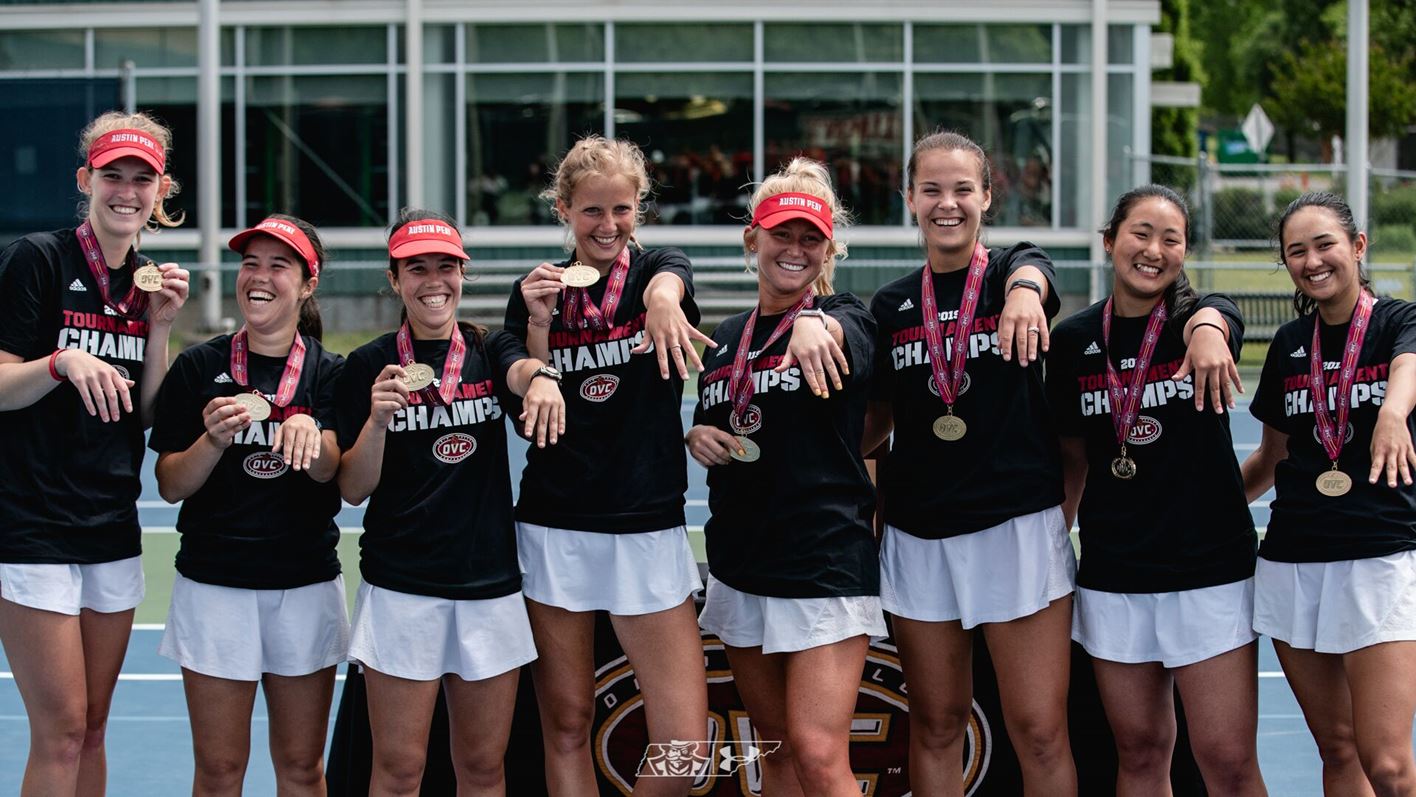 Coming off an injury disappointing 2018 Spring season, it must have been a great joy to find out that the Austin Peay program did something that it hadn’t been done in over 20 years, after winning the Ohio Valley Conference Championship with an undefeated 22-0 regular season and an appearance in the NCAA. For Head Coach Ross Brown, a veteran of over 20 years with the Govs, the season was the culmination of putting the program on the map.

"I thought at the beginning of the semester we had a very good team, but I never thought about having an unbeaten season. We just got on a ride we couldn't get off, and thank goodness it was a good ride." Brown said.

A major change into the UNC Charlotte program was brought when alum Anthony Davison came into campus last year and with few additions, the new coaching staff led into a memorable spring in which several individuals and team accomplishments had not been attained since the 1980s, 1990s, 2000s or even within the last five years. It has raised the bar and ceiling for even greater milestones and set the stage for future achievements.

The Air Force squad being part of the military academies has limitations when it comes to recruiting but these did not stop the Falcons from putting together a 22-3 overall record, on pace to win the first-ever MW championship by an Air Force women's program.  Air Force also produced wins against ranked programs as Nebraska and Colorado.

Most people will call us crazy for putting a program that lost twice as many matches as it won as an improved team, but most people do not know what Boomer Saia is brewing in Ames.

"I'm proud of my group and their season," Saia said. "They really fought hard from the beginning of the year until the end."

Boomer has brought aggressive tennis and it shows on wins against foe Nebraska, and Baylor while losing 4-3 against #6 Texas. The future is bright for the Cyclones. 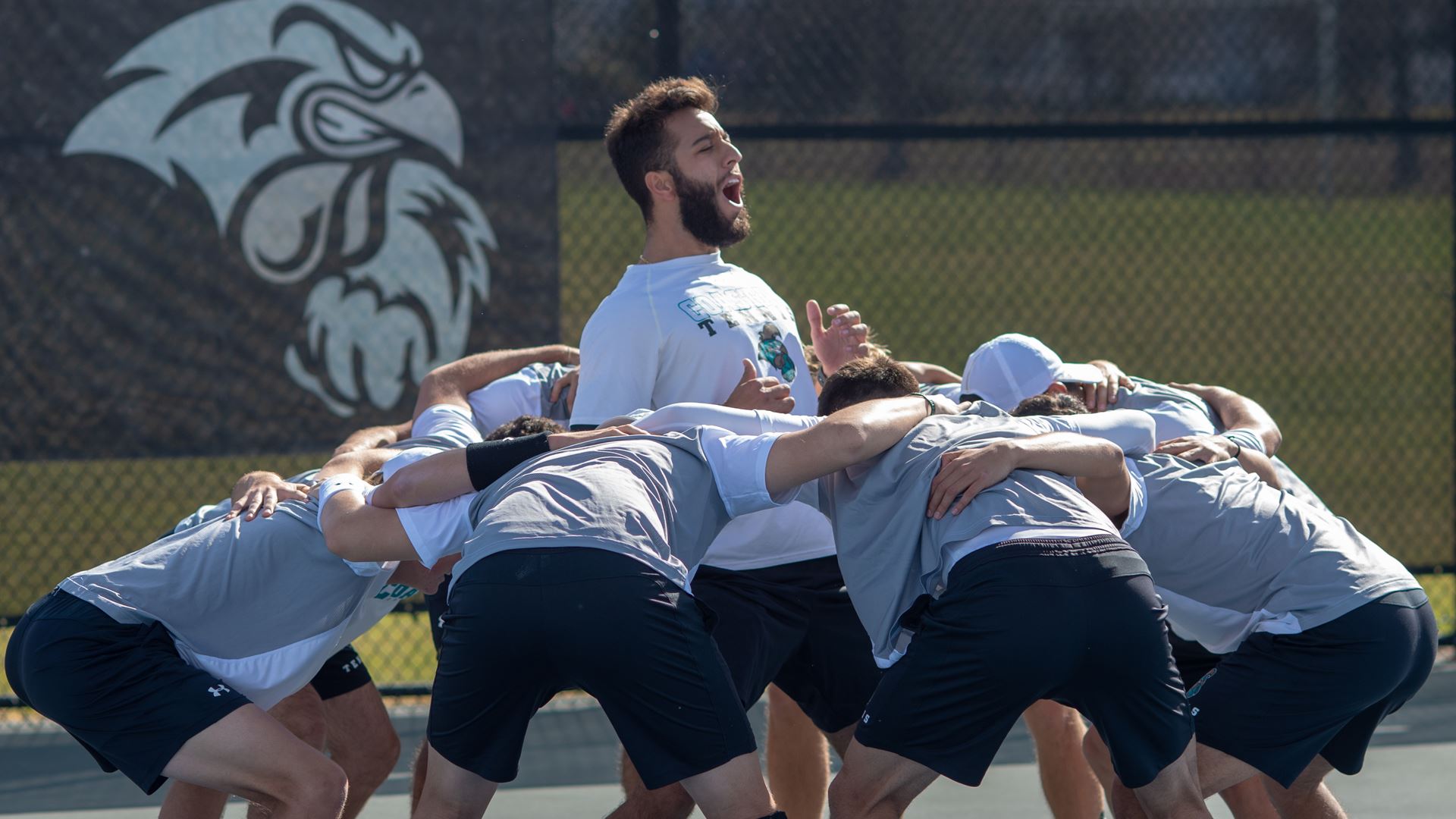 Coming from a disappointing 6-14 season, Chris Powers, the Coastal Carolina head coach was sure that his team had the potential to turn things around in 2019. The Chants had the largest improvement of all D1 teams on its way to a top 100 Ranking into the season.

"The credit goes to our student-athletes who put in an incredible amount of work to be successful on and off the court," Powers said. "This past year was a perfect storm of strong leadership, motivation, and team chemistry."

It was a bounce-back season after the team lost all of its conference matches a year ago but turned around and claimed the 2019 Big South Conference Championship under the guidance of first-year head coach Rob Bareford. Radford also ended the season with a 17-7 mark – the most wins since the 2011-12 season.

“We had a complete change of culture here,” Bareford said. “They were hungry for success but needed the right support and push. I was able to bring in 3 new faces that began in January. One that transferred from Detroit Mercy and played #1 for us. Another that was a powerhouse at #6.”

There not many college coaches with the resume of Chuck Merzbacher coaching outside of Power 5, and he is a big part of the turnaround of the program that saw them end their 2019 season with a 14-11 overall record, the most wins for the program since 2012 and named Merzbacher the coach of the year in the Southern Conference, the first one for the Mocs since 1989.

When Paolo Cucalon defeated his opponent in the third set tiebreaker, he didn’t just give Temple the win, he brought the program to it’s first AAC semifinals, while defeating Powerhouse Tulane. This was a culmination for a program that has been put together by Coach Steve Mauro for years and that is on the right track for the future.

For a small Christian School as Abilene Christian University to just be on the home courts of perennial Southland Conference juggernauts, Texas A&M-Corpus Christi should be considered a win but to go toe to toe against their opponent and even handling them a loss in the season shows the improvement of the program. For the upcoming season, the team has handed the reigns to Associate Head Coach John Walker, who should continue the improvements for 2020.

Coming from powerhouse Georgia Tech, Derek Schwandt had high expectations for Liberty. While the record does not show it, in 2019, the Flames were competitive in most matches including against top 50 programs as Virginia Tech and Elon. Great recruiting has been key, as Schwandt number one player Nicaise Muamba has been ranked this Fall up to 65 by the ITA.